Chris is the President and CEO of The Sponsorship Collective and a self-confessed sponsorship geek.

After several years as a sponsor (that’s right, the one investing the money!) Chris decided to cross over to the sponsorship sales side where he has personally closed tens of millions of dollars in sponsorship deals. Chris has been on the front lines of multi-million dollar sponsorship agreements and has built and coached teams to do the same.

Chris launched The Sponsorship Collective with one goal in mind:

To build best-in-class sponsorship programs for his clients

Chris now spends his time working with clients to value their assets and build strategies that drive sales. An accomplished speaker and international consultant, Chris has helped his clients raise millions in sponsorship dollars.

Have Chris Speak at Your Event

Chris has an engaging style and the ability to take tough (even boring!) topics and make them fun. Chris has delivered talks ranging in size from small group breakout sessions, full day training session to plenary talks.

Here are the topics currently available for plenary and breakout sessions. Reach out and let us know more about your event, audience and goals so that we can recommend the most appropriate topic.

The Making of a Million Dollar Sponsor: 5 Steps to Major, Multiyear Partnerships

In this session we are going to take a case study approach to this behind the scenes look at exactly what was required to close over $10 million in sponsorship sales over the last two years.

You will see exactly what sponsors want…and what they don’t. You will learn the formula we used to negotiate each sponsorship deal along with a highly systematic approach that has been tested on the front lines of sponsorship sales.

In this session you will learn exactly how to value every asset you have to offer and how to find your unique market value. You will also receive a full year of unlimited access to our cloud-based valuation tool, giving you access to your value along with a fulfillment calculator tool.

Together we will cover:

Are you tired of sending out sponsorship packages and hearing nothing back?

Are you sure you have a good opportunity but don’t know how to communicate it to your prospects?

In this session we will cover:

Do you struggle to find the right contact within an organization?

Once you’ve found them, do you find it hard to cut through the noise?

Do you wonder what to say once you’ve secured the meeting?

Then this session is for you!

You will learn how to:

The New Rules of Sponsorship Sales

Sponsorship is evolving and many organizations are struggling to keep up with the pace of change while balancing all of their responsibilities. Sponsorship is becoming more complex, nuanced and demanding all the while, sponsorship spending continues to grow.

In this workshop, sponsorship expert Chris Baylis will teach you to turn more of your proposals into sales. You’ll learn to leverage the latest sponsorship trends to drive greater success for your organization and you will walk away with the tools, insights and confidence needed to demonstrate the value of your sponsorship opportunities.

Want Chris at Your Event? Get in Touch!

If you’re interested in booking Chris to speak at your event please fill out this form and a member of the team will get back to you to discuss things in more detail. 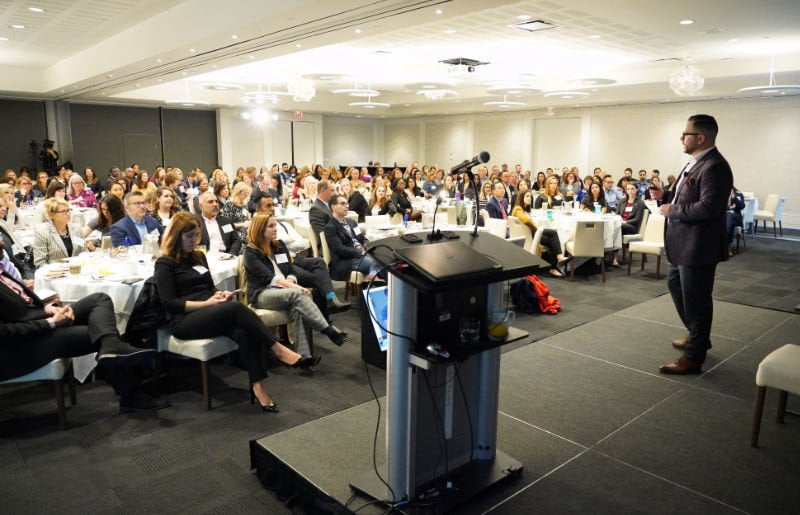